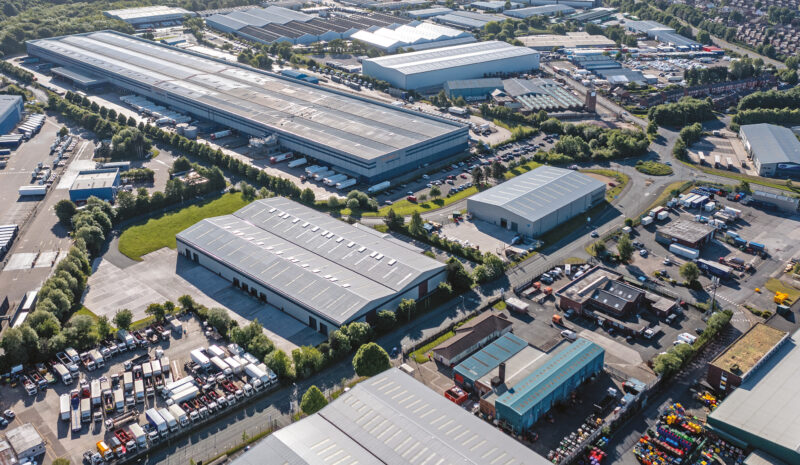 An 81,921 sq ft industrial unit at Haydock Industrial Estate has been let to one of the UK’s largest independent tyre wholesalers, Oak Tyres.

B8 Real Estate acted as letting agent for the deal on behalf of landlord Arrow Capital, having previously advised on the full refurbishment of the unit.

Oak Tyres has taken a 10-year lease at a rent equivalent to £7.95 per sq ft. The unit will provide the company with additional space close to its existing headquarters on nearby North Florida Road.

Point 23, as the property is known, occupies a prominent site on Millfield Lane, the main road through the estate, and is adjacent to the two largest warehouses on the estate, Sainsbury’s 626,000 distribution centre and Booker Wholesale’s 400,000 sq ft unit. Amazon and Kelloggs also have large distribution units nearby.

Haydock Industrial Estate is situated just off the A580 East Lancashire Road which runs between Liverpool and Manchester, and close to junction 25 of the M6, making it one of the North West’s prime industrial locations.

Jon Thorne from the agency team at B8 Real Estate said: “Despite the current economic climate, the industrial property market remains buoyant, with good quality units continuing to command strong rents due to continued healthy occupier demand and the lack of available stock.”

CBRE were joint agents on behalf of the landlord Arrow Capital. Simon Hampton of Avison Young acted on behalf of Oak Tyres.