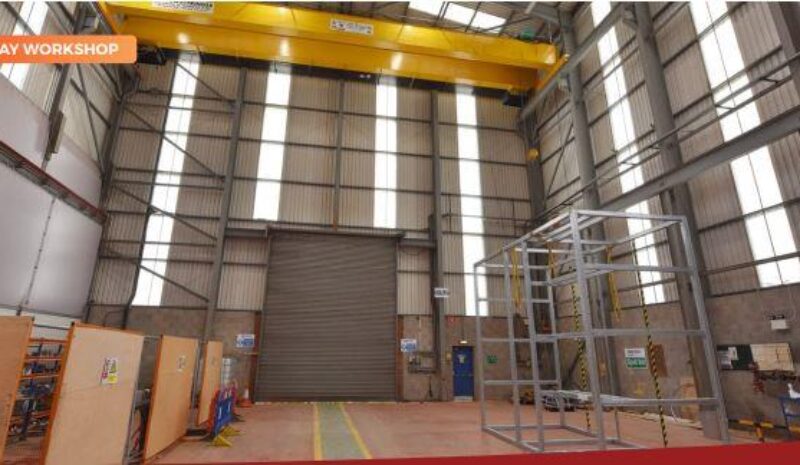 Redsun has exchanged contracts with Sefton Council to acquire the 10-acre site following a competitive bidding process undertaken in 2015. The site has remained undeveloped since it was reclaimed in 2006 by Sefton Council.

Domino will take occupation on a 25-year lease on completion of the development.

The scheme has been designed by Fletcher Rae architects with C4 Consulting acting as project manager and Muir Consulting providing engineering services. A detailed planning application has been submitted to Sefton Council and procurement of the main contractor will be undertaken in the coming weeks. Construction is expected to start in May of this year with the completed building ready for occupation by Domino early 2017.
Domino employs 62 people locally and the new development was needed to keep the company in the borough, according to council reports. The Domino Group operates in over 120 countries employing over 2,300 people worldwide with manufacturing facilities situated in UK, China, Germany, India, Sweden and USA. The Domino Group was acquired by Brother Industries Limited in 2015.

Craig Booton, managing director, Redsun Developments, said: “This is a fantastic start to 2016 for Redsun. This project is the result of a close collaboration with Sefton Council and Domino and we can’t wait to get started on-site to deliver a world class facility for a significant local employer. We completed a number of successful developments at the end of 2015 and we’re looking to push on with this and other projects in 2016.”

Redsun currently has commercial developments on-site in Birkenhead and Liverpool and have planning applications submitted for two further schemes in Bromborough and Ellesmere Port. Redsun’s previous projects have focused on the SME occupier sector and so this deal represents a move into the larger scale industrial market for the Liverpool-based developer.

The terms of the deal were not disclosed. B8 Real Estate advised Redsun and put together the deal.