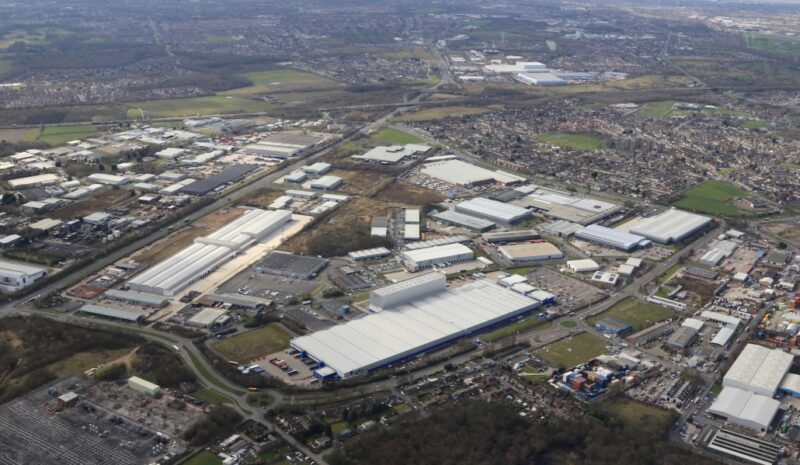 Soaring demand for warehouse and manufacturing space is making Merseyside an investment hotspot, according to the latest figures from B8 Real Estate.

They show that take-up of industrial and distribution space in the Liverpool city region is at record levels. Almost 1.2 million sq ft of space has already been let in the first six months of the year, beating the previous high of 1.1 million let during the whole of 2020.

Meanwhile the investment boom which started in 2018 is continuing apace. So far this year investors including international pension funds have committed almost £220m to industrial and distribution property in the region, in line with the previous three years when annual investment averaged £272m – compared to £105m in the years from 2010 to 2017.

B8 says the figures reflect the switch in demand away from city centre retail and office space towards industrial and distribution sites, which are more plentiful in Liverpool city region. While demand is driven largely by e-commerce firms, many companies are also increasing stock levels in the wake of Brexit and the pandemic, and there are also signs of a new ‘industrial revolution’ as businesses start to see the benefits of manufacturing in the UK.

Simon Wood, head of investment at B8 Real Estate, says:

“These latest figures confirm that Merseyside is firmly on the map for international property investors who, just a few years ago, would have stuck to Manchester and the M6 corridor in the North West. Merseyside not only has a good supply of land. It also benefits from a large workforce, an established industrial base, good connectivity and heavy investment in infrastructure including the Port of Liverpool.

“With confidence in the region growing all the time, the impact is rippling outwards from areas like Speke and Knowsley, with investors now looking at towns like Widnes and Runcorn which have old industrial sites ripe for redevelopment. This is great news as investors create the infrastructure to attract new businesses and jobs, which in turn acts as a catalyst for further development and helps build a stronger economy.”

The biggest investment deal of the year so far was at Speke Boulevard in April, when Warehouse REIT paid £35m for four units totalling 390,000 sq ft, with tenants including flu vaccine specialist Seqirus. The deal follows a string of acquisitions in Speke in recent years by global heavyweights such as Reality Income, Mirastar which is backed by KKR, TPG, AEW and Blackstone.

The biggest letting of the year was in Knowsley, where a leading online retailer took a 15-year lease on a 650,000 sq ft warehouse, which is being constructed by PLP, a consortium including Peel, the Australian bank Macquarie and Ivanhoé Cambridge of Canada.

Jon Thorne, a lettings specialist with B8 Real Estate, says that while logistics has driven demand, there are signs of renewed interest in UK manufacturing. He points to the new Prowell cardboard plant in Ellesmere Port which it is claimed will be the most powerful of its type in the world, growth at JLR in Speke, and the £54m glass research and development centre in St Helens that has just secured planning permission.

“Having witnessed the disruption to supply chains in the past year caused by Brexit and Covid 19, many companies realise that they cannot rely on ‘just in time’ deliveries from Europe or the Far East. They are increasing stock levels and in some cases, reshoring their manufacturing operations.

“Merseyside has the land, the labour force, the port and the motorway connections and seems a natural location. Towns like Knowsley, St Helens, Widnes and Runcorn were once the engine room of the UK. Bringing derelict sites back into use will breathe new life into these old industrial areas, creating new jobs and prosperity in the region.”

Take a look at our news section for more updates from the team at B8 Real Estate.