Knowsley warehouse sold for £29.6m amidst strong demand from investors 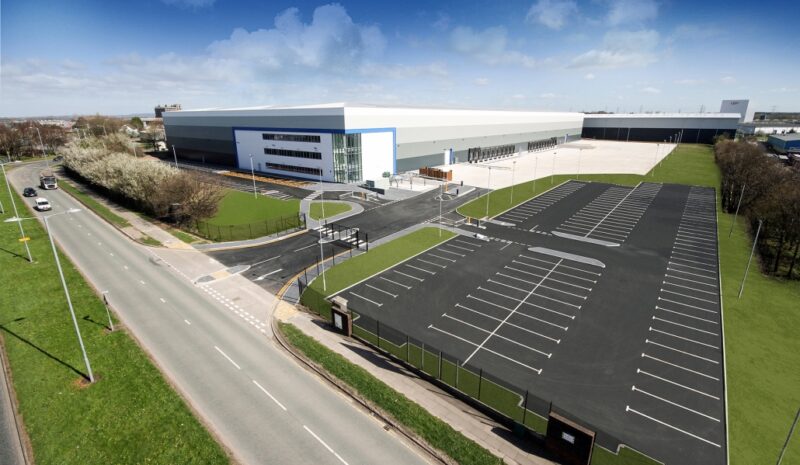 A distribution warehouse described as ‘the largest speculative unit to be built in Liverpool city region for more than a decade’ has been sold for £29,590,000.

Venus 217 in Knowsley has been sold by B8 Real Estate on behalf of developer Flintrock in a deal that represents a net investment yield of 4.1%. The purchaser was RTP Global RE Investment LP, advised by Gerald Eve. The 217,765 sq ft unit was recently let by B8 Real Estate to a multinational e-commerce company on a 10-year lease at a rent of £5.95 per sq ft.

Situated in a prime position on Moorgate Road close to junction 4 of the M57, Venus 217 was completed two years ago and was a sister project to the neighbouring Venus 110, built in 2015. It is constructed to a high specification with 15m eaves, 20 dock-level loading doors, two ground-level loading doors, three-storey offices and a large, 60m-deep concrete yard area.

“The letting represented a significant deal for the Merseyside area which further cements Knowsley as one of the region’s most desirable locations for industrial and logistics occupiers given its connectivity to the Port of Liverpool and road network. We expect the success of this scheme to fuel further large-scale speculative development in the Merseyside area in the coming months.”

Simon Wood, Investment Director at B8 Real Estate, said the property had attracted huge interest from UK and global investors since it was put on the market in May this year.

“The sale highlights the continued demand for grade A distribution space in the North West and the importance of Knowsley as a major industrial location.

“B8 Real Estate are pleased to have been involved throughout this scheme, working with our client to advise on the development, letting, asset management and sale. Demand from investors has never been stronger. The speculative build of Venus 217 shows real foresight on Flintrock’s part and has resulted in an excellent outcome for all parties.”

A spokesperson for RTP commented:

“This acquisition was pursued predominantly due to the excellent specification of the base build, connectivity and the strong ESG credentials of this building. The asset benefited from significant population within a 30-minute drive time radius, the agreed rent offered excellent prospects for growth and this asset complemented our existing ‘last mile’ distribution holdings.”