Industrial property specialists, B8 Real Estate, have recently disposed of The Bear, distribution facility in Widnes to Express Gifts Limited one of the largest direct mail order businesses in the UK.

The Bear is a second-hand distribution facility of 105,000 sq ft which is fully fitted out including racking and was previously let to outdoor clothing retailer, Gelent, who were bought out of administration by Sports Direct Group and their distribution operations relocation to the existing facility at Wigan leaving the property vacant.

Express Gifts who are part of the Findel Group headquartered in a 500,000 sq ft warehouse HQ facility in Manchester took the building on a new 10 year lease as part of a property consolidation exercise from a number of different other sites in the North West.

Jon Thorne who acted for the landlord, Threadneedle, commented:

“Although this property is an older second-hand building interest shown in it and the fact that it was let within 6 months of being vacated is another encouraging sign of occupier demand in the North West logistics market.

“The Express Gifts requirement started specifically in the Manchester area but was widened to a North West search area given the lack of any suitable options around Manchester.

“This again shows how occupiers are prepared to widen their search areas when they have warehouse requirements given the lack of suitable buildings that are available to them in the market.” 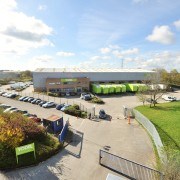 Continued Confidence in the Regions 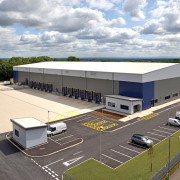 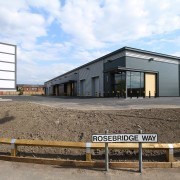 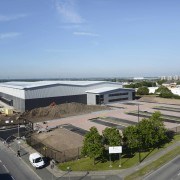 Download the Latest Release of Our H1 2015 Market Report

The Coalfields Regeneration Trust Secures Land for New Trade Counter Scheme...
Like most websites, we use cookies to remember your preferences and give you a great experience browsing our site. Click Accept to continue. Learn more here, including how to opt out.
Accept